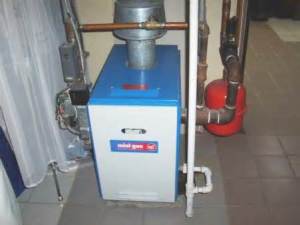 In December we received a call from a super nice family from Saugus, MA. The mother, father, and son all reported some sort of activity. The daughter had no claims, but was a little nervous because of her families’ claims. One of the mother’s claims was being pushed off the edge of her bed while she had the flue. The son had claimed to see an apparition out of the corner of his eye while watching TV in the living room. The father reported being pushed while climbing up the stairs from the basement.

We arrived for the investigation and toured the home. The first thing that we noticed was the ceiling in the kitchen was pulled down. It seems that they had a major leak in the upstairs bathroom and it ruined the ceiling. We noticed some black discoloration on the joists and with closer inspection it appeared to be mold. The living room, where the son saw the apparition, had by-fold doors that were mirrored and allowed you to see out into the kitchen. We noticed a slight buzzing noise that was hard to locate. With an emf detector, we found the buzzing. It was a dimmer switch in the hallway that was defective and emitting high levels of EMF. The family was used to the sound and didn’t pay any attention to it. We then went to the basement and while looking around we noticed a fairly new gas furnace. Once we looked a little closer we noticed a hole about the size of a dime in the flu pipe. Our first thought was to get the groups carbon monoxide detector and test the basement. It went off as soon as we got close to the furnace.

The mold in the ceiling could have caused or contributed to the mother’s flue symptoms. Having been really sick at one or two times in my life myself, I can see someone feeling unstable and falling as they get out of bed. Reflections in the mirrored doors could have looked like an apparition. The carbon monoxide could have made the dad dizzy as he climbed the stairs and fall. The bad dimmer switch could have burned the house down. The daughter being scarred….well if your whole family watched the Paranormal TV shows and said that things were happening in your house, wouldn’t you be nervous too? Sometimes the claims or causes of presumed paranormal activity are explainable, but it may be tough to see when you’re too close to the situation, it may take an outsider to see the obvious.

I’m not trying to tell you that we have all the answers or that there wasn’t activity going on in their home. All I’m telling you is what we found and pointed out to the family. Hopefully it helped them.